The big asteroid 1998 OR2 passes close to Earth 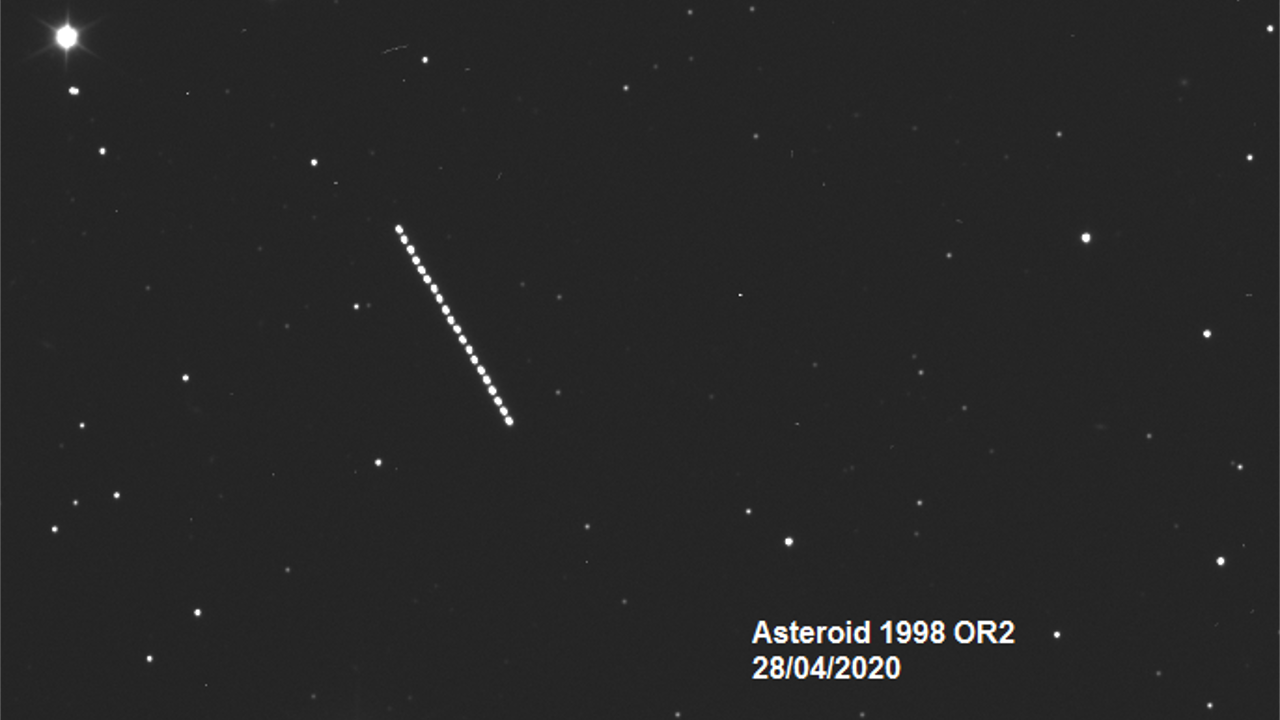 The TRAPPIST-Nord robotic telescope has been monitoring the Near Earth Asteroid 1998 OR2 since the beginning of March.

This large asteroid, with a size between 1.8 and 4.1 km in diameter will pass 6.29 million km away from Earth (16x the distance of the Moon) on April 29 at 11:56 am (Paris time). It is the collision with the Earth of an even larger asteroid that is responsible for the extinction of the dinosaurs 66 million years ago.
Classified as “potentially dangerous” by NASA due to its large size and proximity, it fortunately poses no risk to our planet this time.
Thanks to the TRAPPIST-North telescope, Liège astronomers were able to determine its rotation period of 4.1 hours. The study of these near Earth asteroids (NEAs) is important to understand the formation of the solar system and the planets but also to better characterize these potentially dangerous objects in order to be prepared in case one of them threatens the Earth.

The TRAPPIST-North telescope imaged the near-Earth asteroid 1998 OR2 last night (April 28). It is moving rapidly among the stars passing away from Earth. 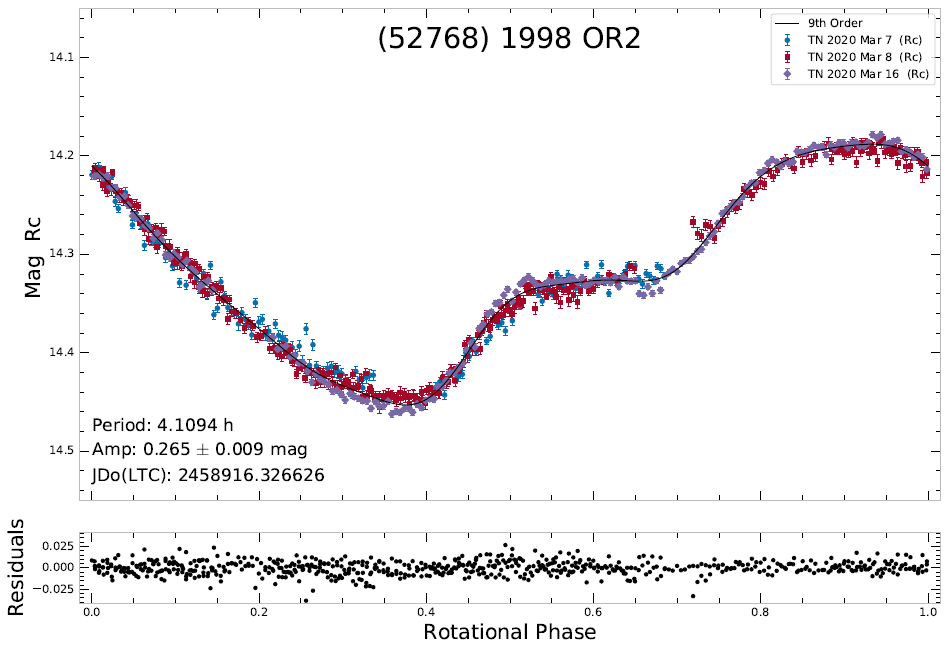 The 1998 OR2 asteroid rotation light curve obtained from observations on three nights.

The asteroid rotates in 4,1 hours