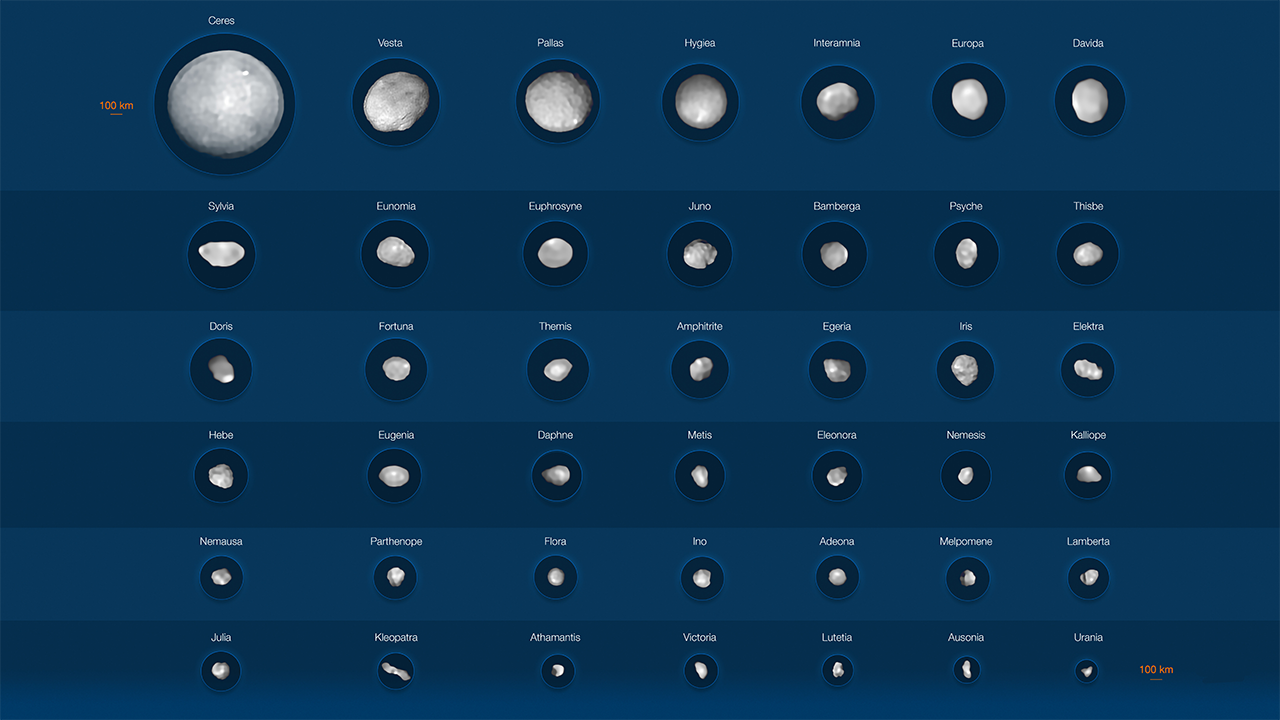 Using the European Southern Observatory’s Very Large Telescope (ESO’s VLT) in Chile, an international team of astronomers, including researchers from the STAR Institute of the University of Liège, have imaged during the last four years 42 of the largest objects in the asteroid belt, located between Mars and Jupiter. Never before had such a large number of asteroids been imaged so sharply. The observations reveal a wide range of densities and peculiar shapes, from spherical to dog-bone, and are helping astronomers trace the origins of the asteroids in our Solar System. The ULiège TRAPPIST telescopes have provided important data to determine the asteroids rotation periods and rebuild their precise 3D shapes.

“To date only three of the largest main belt asteroids, Ceres, Vesta and Lutetia, had been imaged with a high level of detail, as they were visited by the space missions Dawn and Rosetta of NASA and ESA, respectively,” explains Pierre Vernazza, from the Laboratoire d’Astrophysique de Marseille in France, who led study published today in Astronomy & Astrophysics. "Our ESO-VLT observations have provided sharp images for many more targets, 42 in total!" These findings were made possible thanks to the sensitivity of the Spectro-Polarimetric High-contrast Exoplanet REsearch (SPHERE) instrument mounted on ESO VLT. The TRAPPIST telescopes obtained dense light curves to determine the asteroids rotation periods.

“The previously small number of detailed observations of asteroids meant that, until now, key characteristics such as their 3D shape or density, which allows access to their composition, had remained largely unknown”, explain Emmanuel Jehin - astronomer and FNRS Senior Asosciate at the STAR Institute of the Univeristy of Liège - who collected complementary observations during several years of those asteroids with the TRAPPIST telescopes. Indeed, between 2017 and 2019, Vernazza and his team set out to fill this gap by conducting a thorough survey of the major bodies in the asteroid belt. 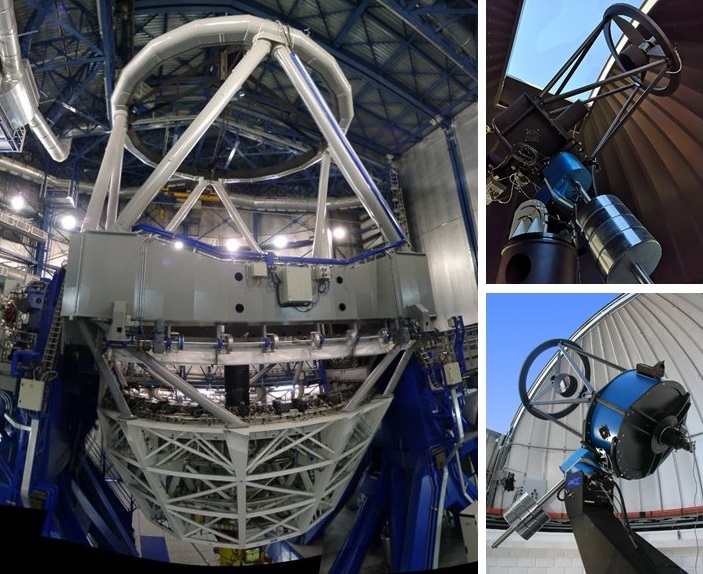 The small TRAPPIST telescopes (0.6m in diameter) joined with the enormous telescopes of the VLT (8.2m Very Large Telescope, ESO), to characterize 42 of the largest asteroids in the solar system. Credit: E. Jehin and ESO.

Most of the 42 asteroids are larger than 100 km in size; in particular, the team imaged nearly all of the belt asteroids larger than 200 km, 20 out of 23. The two biggest objects probed were Ceres and Vesta, which are around 940 and 520 km in diameter, whereas the two smallest asteroids are Urania and Ausonia , each only about 90 km.

“This collection of images taken from the ground is incredibly rich. The asteroids came to life in front of us by revealing progressively their shapes thanks to images taken at different phases of their rotation. In some cases, we can even see and study their craters!” says Marin Ferrais of the TRAPPIST team, who is currently doing a doctoral thesis in Marseille.

By reconstructing the precise asteroids’ shapes, the team realized that they are mainly divided into two families. Some are almost perfectly spherical, such as Hygiea and Ceres, while others have a more peculiar, “elongated” shape, like the “dog-bone” asteroid Kleopatra. 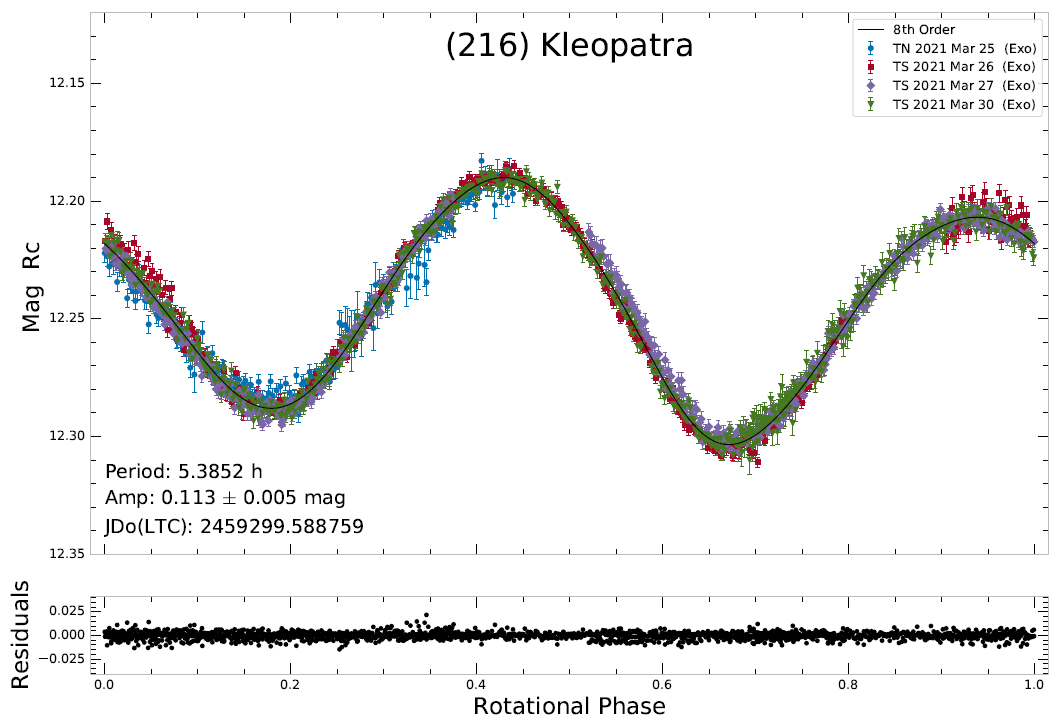 Rotation light curve of the asteroid Kleopatra obtained with the TRAPPIST telescopes of the ULiège.

This large difference in density suggests the asteroids’ composition varies significantly, giving astronomers important clues about their origin. These observations provide strong support for substantial migration of these bodies since their formation. In short, such tremendous variety in their composition can only be understood if the bodies originated across distinct regions in the Solar System.